Protect Your Business With A Digitial Moat 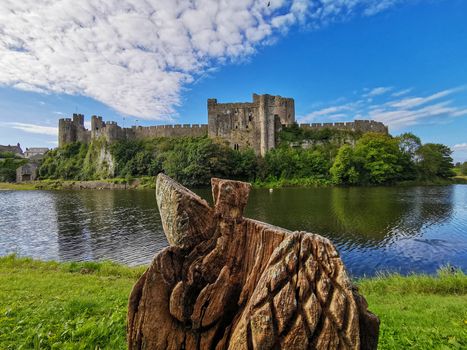 The game is afoot.

Attack vs defence has run throughout history across multiple battle grounds. Be it the sporting flow of two teams duelling on a pitch to the surge to overtake land, villages and overthrowing governments.

As humans, we often want to protect what we have; even at the expense of achieving more (but that’s a different topic).

When we have something to protect, especially when it holds a high value to us, we put measures in place to keep it safe. The higher the value the more we are willing to invest and put in place to ensure that our bounty remains unharmed.

Think back to centuries ago when castles were not just a place that people go to visit on a leisurely trip. These amazing structures were built to protect, be a place of defence and a refuge; if not also to signal wealth and power.

The layers of protection built in and around a castle considered multiple angles of attack as well as a strategic position of defence. The location of the castle is key to survival and gaining an advantage. Being at an elevated point on the land allowed a view of the pathway leading to the front door, include a perimeter of a water source the speed of attack was further hindered. Add in the additional layers of protection that evolved over time such as stone walls, a moat, a draw bridge, a viewing tower, and arrow slits, which enabled archers to fire arrows through a narrow hole in the wall. You can see that it was deemed that one single layer of protection was not sufficient to ward off potential enemies or defend when under attack from multiple angles.

In the modern world we are in a position where our businesses are our castles and the digital landscape offers a different terrain to protect. There are not many businesses that don’t rely on modern methods of utilising technology to operate and communicate throughout the business.

This also means that we open ourselves up to being attacked by the modern day black knight. While business owners want to build a company, reputation, assets and a stellar workforce there are others who want to take that away for their own gains.

The game is truly afoot.

Getting the balance right is key. There is no point building your castle in the middle of an island if you don’t give yourself a drawbridge to get in and out…unless that’s exactly what you want to achieve.

Our businesses are connected to the digital superhighway that is the internet, meaning in a hyper connected world we no longer have a clear sight of our enemy. Our adversaries have a constant pathway to our front door 24 hours a day and they don’t even have to be the ones leading the charge.

Automation systems are set away digitally analysing and knocking on doors to find a chink in our armour so they can take advantage. The misconception of ‘I’m a small business they won’t come after me’ is nullified when everyone is a target. Yes bigger companies are potentially the big pot of gold at the end of the rainbow but they also have multiple layers of protection so it takes more time and effort to crack that particular safe.

Consider being able to take advantage of 1,000 small companies at the same time rather that concentrating solely on one big fish. The returns can be quicker, easier and potentially achieved even while the bounty hunter is a sleep. I’m sure they consider themselves to be very entrepreneurial. After all, they are making the most of their resources and creating a marketplace for themselves where they have new found customers begging to give them money.

So what can business owners do to ensure that they are protecting their world? Well, part of that answer depends on what you are trying to protect and how much you are willing to invest in keeping it safe.

We build our own version and vision of our castle, super safe or Fort Knox.

If you create your very own Fort Knox to protect some costume jewellery at such an expense that you cannot afford to continue to trade then it simply does not make sense.

Protecting a reported $278 billion worth of gold, maybe it’s worth some investment. The key is knowing your balance, understanding the risks to your business and in some cases simply your appetite to risk, or risk aversion.

When you put protection in place, build around you like a castle and have multiple layers of defence. Some will be specific to a type of attack, some will be there to just slow things down so you can adjust and get your defensive system (human and technology) to vanquish your enemy.

The evolution of attack is often quicker than that of defence, which is why new threats appear and then new defences are created. We are never at a static point and we have to be vigilant, embrace new ways to keep the kingdom safe and do so with the vision and leadership of creating long term prosperity. After all, we still have a business to run and I prefer to concentrate on the positive while acknowledging and giving respectful time to the negative.

Being prepared for the ‘what if’ scenarios will help in the event that something does bring a call to arms. Having a clear plan, ready to be followed is better than no plan at all. When panic and chaos are allowed to roam free that is when damage and pain grow.

Protect your castle, build Your M.O.A.T.

The game is always afoot.

← Prev: Playing The Access Game Using Multi Factor Authentication Next: Are You Creating A Secure Business That Works For You? →
Back To Media Central

Windows 11: Switch over to a clutter-free desktop

By Starstream Data
Like a child’s messy bedroom – maybe your cluttered desktop needs to be preserved so you know where everything is. ...
Read More

Windows 11: Save your fingers and type with your voice

By Starstream Data
Don’t bother with that ‘touch typing’ course… you can now type as quickly as you can talk. Just watch this short ...
Read More

Windows 11: Save your eyes from a bright white screen

By Starstream Data
If your computer doesn’t come with a free pair of eye-strain reducing sunglasses, then we have just the How To ...
Read More

Windows 11: Open your best apps with a keyboard tap

By Starstream Data
The apps you use the most are now just a keyboard shortcut away. Leave that mouse alone and watch our guide on ...
Read More