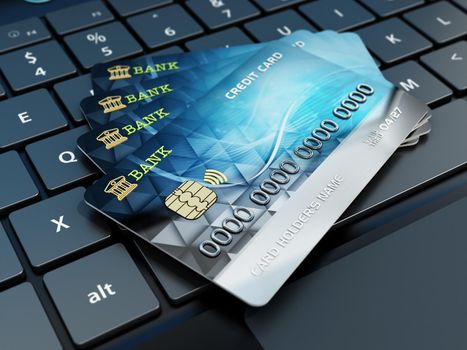 Working in the IT industry and dealing with security really does hone some of your skills, especially when you see some of the evil genius that people get up to.

Scammers really do make fraud an art form, one not to love but some of the craftmanship and psychological tricks that are employed have to be acknowledged as a skill.

Setting out to get people to lower their guard, building trust or taking advantage of an already existing trust helps them get what they want. So when I received a phone call from a private number direct to my mobile the game was on.

The caller identified  themselves as from my credit card provider, was able to address me by name, stated my home address, last 4 numbers of my card and went on to inform me that a fraudulent attempt had been made on my card. Great.

I’m rather vigilant with incoming phone calls because I’m not the one initiating the interaction. My levels heighten when someone want me to take action…and that is exactly what they wanted.

To confirm my identity the caller said they would initiate a text message with a code and that once I provided it to them the card would be cancelled and a new one sent out.

They tried to build a level of trust by presenting themselves as the good guy, confirmed personal details and were able to use the credit cards text message system to their advantage…or so they thought.

Now, if I had done what would be so easy to do and just skim the message and read out the code, I would have authorised the caller to add my credit card to their Apple Pay.

The text message actually says ‘Your activation code is xxxxxx for adding your credit card xxxx to Apple Pay. This code expires in 30 min. We will never ask you to share this code.’

Yet here was this caller asking me for this code.

I must admit that I didn’t fully read the text message because I knew that I wasn’t sharing that code.

I simply stated thank you for informing me of the issue, I will not be providing the code and I will follow up with my provider and I will be initiating that call.

The caller said it’s OK, just provide me with the code and I can get it all sorted for you now.

A push back against security. If I wasn’t fully sure that this was an attempted scam this would have pushed me over the edge.

Suffice to say I followed up the call with my credit card provider who confirmed it wasn’t them and we went through the process of cancelling the card and I now have my new and nicer looking card.

Not sure if they done me a favour but my wallet is now rocking a new coloured card so silver linings and such.

Please be vigilant to incoming communications that want you to take action and share personal information. Be on guard whether this in be in person, on the phone, through an app, text message, email or any other way for that matter.

← Prev: What Is A Healthy Business? Next: Guide: A Look Into The Next 10 Years →
Back To Media Central

Windows 11: Switch over to a clutter-free desktop

By Starstream Data
Like a child’s messy bedroom – maybe your cluttered desktop needs to be preserved so you know where everything is. ...
Read More

Windows 11: Save your fingers and type with your voice

By Starstream Data
Don’t bother with that ‘touch typing’ course… you can now type as quickly as you can talk. Just watch this short ...
Read More

Windows 11: Save your eyes from a bright white screen

By Starstream Data
If your computer doesn’t come with a free pair of eye-strain reducing sunglasses, then we have just the How To ...
Read More

Windows 11: Open your best apps with a keyboard tap

By Starstream Data
The apps you use the most are now just a keyboard shortcut away. Leave that mouse alone and watch our guide on ...
Read More